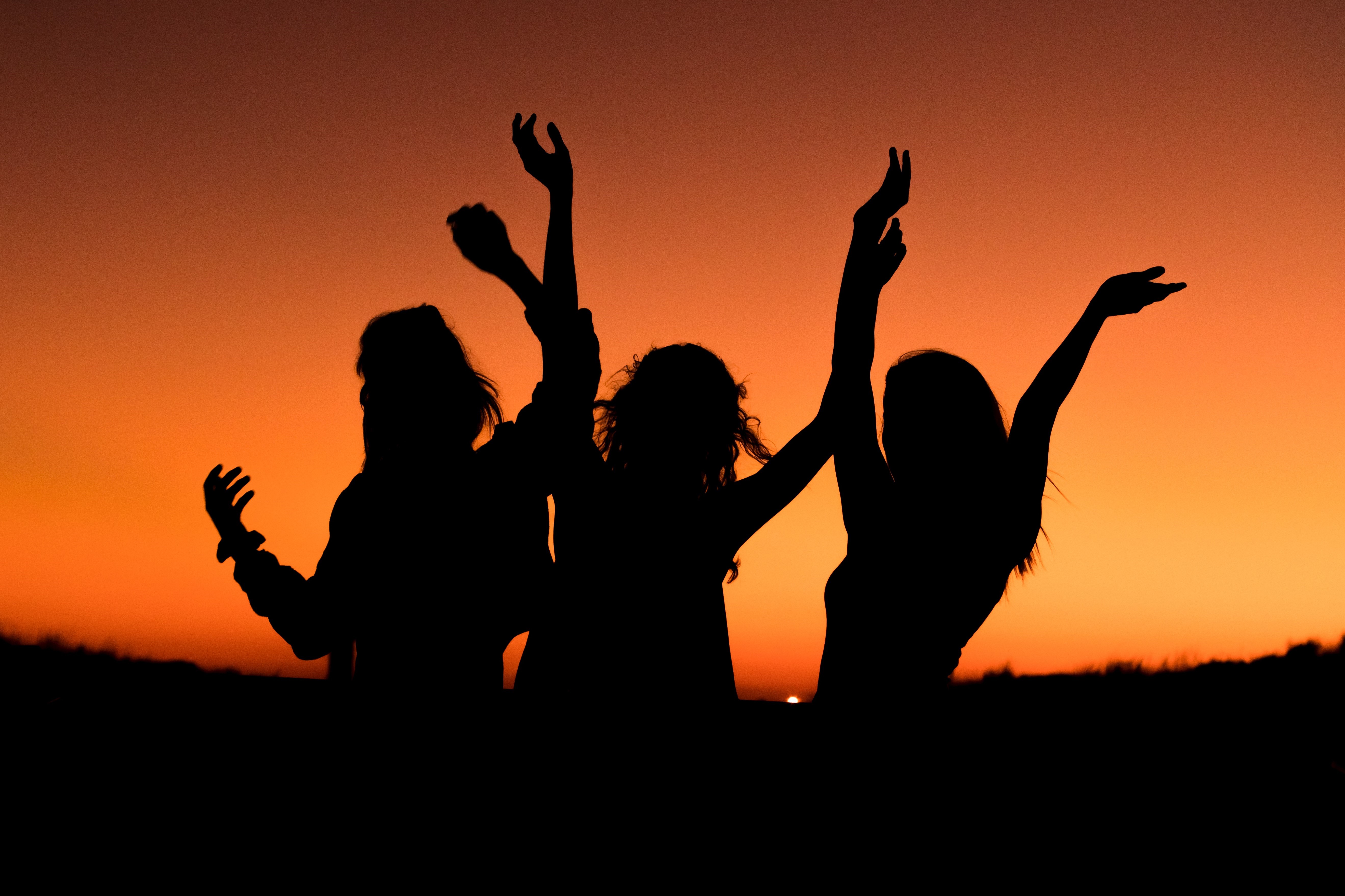 As a permission granting statement, one that lets go and grants freedom to the other, I like it. However, I wonder if, as a society, we’ve swung too far. It seems that in the last half a century, we have focused primarily on a growing individualism. Yet, we have become lonelier, internally empty and emotionally undernourished. We exist like separate islands in an immense ocean. Ones without bridges, or even boats, to pop over for a spontaneous afternoon fish fry. Each to their own. You doing you.

Are we ignoring, and worse still, contributing, to an obvious yet unnamed public health crisis?

As a culture, we’ve learned to find our voice. Express our opinions. Beat to our own drum. Carve a separate path. Order Amazon and a week’s worth of groceries while lounging in our pajamas, without ever having to leave the walls making our home. We know how to keep our selves busy and distracted and alone – just take a look around at all the faces staring down at their phones. We have “friends” without ever meeting eyes or touching bodies. We feel shame if forced to admit we are hurting and in need of someone other than our earned and celebrated hyper independence.

Yes, personal fulfillment prevails and has superseded the value of relationship as our societal bellwether. Our highest state – that of satisfying connection – has been steamrolled. But, the cost of our individualized existence is skyrocketing.

Overdose is the number one killer of the under 50 crowd. Suicide tops 47,000 individuals per year. Marriage emphasizes personal fulfillment (am I getting my needs met?) over the design-intent of partnership and teamwork. Political divide, which dehumanizes difference as “Other,” is worsening. The ensuing intense feelings of fear and hatred are resulting in chaos, greater division and deadly violence.

We are in trouble and must turn the pendulum back to include the prize of interconnection, our natural birthright.

Most folks are familiar with studies done with lab rats, whereby when placed alone in a small cage with a lever they could press to get morphine and other drugs, the rodents would continuously self-administer the drug until they stopped eating and died. The theoretical conclusion became the brain science underlying addiction. Drugs are powerful over takers. Even rats get high until they die.

However, Bruce Alexander and his colleagues at Simon Fraser University in Vancouver were skeptical of the study’s deduction. Knowing that rats are social creatures, they designed their own experiment. Called the “Rat Park,” they put together a playground fit for a large family of rats. Shavings, tin cans, running wheels and the like gave the animals a place to romp around as a group. When given access to the drug lever, they tried it but did not become addicted. They preferred to play amongst themselves.

Sounds like we need human “Rat Parks.” Places where we are reminded of the nutrition and fulfillment of in-person human contact. Live experiences where we can re-learn that togetherness has the capacity to compete with death-tempting behaviors and be victorious.

I recently watched “Dumplin’,” a coming-of-age film on Netflix. It tells the tale of an overweight high school girl who is the daughter of a former Miss Teenage Beauty Pageant Queen. The daughter, Will, struggles with her own – as well as her mother’s – body-shaming.

In a particular poignant scene, Will, gets into a fight with her thin and attractive best friend, Ellen. Ellen ruins the teen group’s rebellious plan by following adult instruction. This uncharacteristic move surprises Will and she takes it personally.

“You just did that because you are ashamed of me!” yells Will across the gym floor.

As Ellen stomps off, she retorts, “For the record, I have never seen you as fat.”

We need more Ellens in this world. People that reach beyond themselves to look and see the full dignity and value of the Other. Because, life is less without it. It’s when we soften our walls, not build higher ones, that the rich offering of human-to-human connection becomes possible. Less you-do-you and more we-do-we.

Sadly, our culture is bleeding out psychologically. We need each other more than ever. The external world of science, technology and electronics is exponentially outpacing that of our interior lives, the stuff of feeling, meaning and attachment. Soon, we will have a room full of toys and no joie de vie with a pack of playmates with whom to enjoy them.

Terrifying, really. How far we have gone in the wrong direction.

Relationship, a Necessity For the Constitution of a Healthy Society

Fortunately, the heart will not be ignored. She will continue to desperately call our attention, until we realize that relationship, that tie that binds, is not only a delightful beacon, but a necessity for the constitution of a healthy society.

If you enjoyed reading this article, please download the VoxPopApp and select Health & Wellness or Society or Social Media or any other topic you care about.   On occasion, please respond to a quick 10 second anonymous survey only on those topics you chose. We really want to hear your voice and make it count. Thank you!