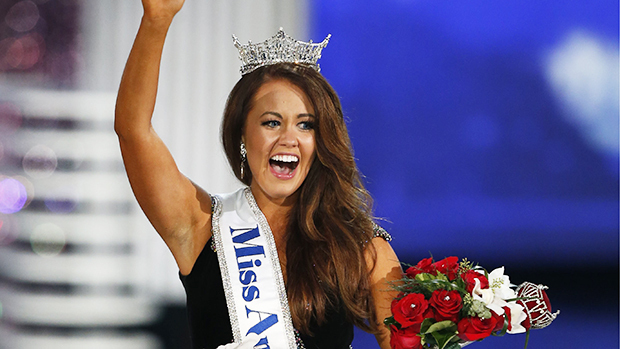 The Miss America pageant recently announced that it will no longer feature the participants in swimsuits or evening gowns, heretofore staples of the event, proudly proclaiming that their contestants will no longer be judged on their physical beauty. Instead, the pageant will consist of a competition of goals, achievements and passions, sort of a Gong Show with better talent.

That’s fine with me. I have never watched a pageant and am totally unfamiliar with the winners, losers and various attributes that decide their fates. I have heard comedians joke for generations about the lame questions the finalists had to answer, a query that usually requested their formula for world peace or an end to global hunger – and in 60 seconds or less. I do have a hunch that ratings for the event will plummet and probably kill the entire enterprise in a short period of time but I do not know how this sartorial modesty will play in the international pageant, whatever it is called, where such reticence probably violates the rules and very purpose of the competition.

On one hand, looks do matter and people are often judged based on appearance. The Elephant Man may have cast a sympathetic figure but you don’t see him reading the evening news on television.

But on the other hand, Jewish values certainly uphold the notion of human dignity and protest against the objectification of women implicit in these contests. As a rabbi, I can certainly appreciate the motives and sentiments of the pageant organizers, especially in the light of the recent revelations of male malfeasance born of a sense of entitlement fed by a culture of promiscuity.

Why Stop at the Miss America Pageant?

The entertainment industry is saturated with the objectification of the female body in a way that is designed to appeal to the most prurient instincts of man. Movies and television shows (especially cable) are saturated with nudity that – if we are honest with ourselves – is completely gratuitous, wholly unnecessary to the stories, plot lines or message trying to be conveyed and is provided simply because of audience expectation and male gratification. These days, I am told, male nudity is also becoming common on these shows because of, you know, the spirit of egalitarianism sweeping the country.

Somehow, classic romantic movies – think Gone with the Wind or Casablanca – were able to tell their tales while the performers remained fully clothed. Imagine that! Indeed, one can cogently argue that what is suggested or hinted at is more alluring than what is graphically displayed to all, and for all time.

It is interesting that radical feminists have also diverged on this question, with one group arguing that women should not demean themselves in becoming easy objects of male fantasy and another asserting that women have the right to do what they wish with their body, even flaunt it for money and fame.

Judaism is clear and unequivocal in its regard for elementary decency and the modest deportment of both men and women, as well as in its distaste and abhorrence of the culture of exhibitionism that caters to the lascivious predilections of the few. I assume, perhaps in error, that they are the few.

Obviously it cannot be banned in a modern society and laws tend to drive these activities underground but not out of sight. There is another possibility, implicit in the new policy of the Miss America pageant.

What if every actress just refused to perform in any scene that required her to disrobe, partially or fully? What if every actor did the same? In other words, what if every lad insisted on remaining clad and every lass retaining some class? Imagine if every actor or actress would say to every producer, director or screenwriter in Hollywood that he/she will not appear naked, and so they should not ask for it, expect it or write it into a scene. That would be a different world. No one really believes that the narrative requires it.

Well, you might say, there will always be some actress interested in getting ahead and making a name for herself as one who pushes the limits, unabashed, unafraid, and therefore uncovered. Undoubtedly, there will be some women or men who want to be defined by their bodies, seek glory in their physique and thus will look for opportunities to parade about wearing only a smile. But isn’t that the problem? And aren’t they the problem – and the audience that laps it up?

There is a solution to that dilemma as well: ostracism. Let every other actor or actress refuse to appear alongside the offenders in any movie or show in which the bare skin detracts from the raw dialogue. There is strength in numbers; if most refuse, the minority will eventually go along as well.

If society is genuinely interested in recovering lost virtues and redrawing the boundaries of acceptable conduct between men and women, then to halt the process with Miss America would seem to be futile at best and hypocrisy at worst. Hollywood is an obvious target as a leading cause in America’s cultural decline into debauchery, decadence and despicable behavior – as well as the leading offenders in the male treatment of women. Hollywood can also lead the way to a better and more virtuous society by going cold turkey in its too-frequent depictions of human beings in the altogether.

Then we can get to work on the obsession with profanity.

And what do you think?

If you enjoyed reading this article, please download the VoxPopApp and select Society or Entertainment or any other topic you care about. On occasion, please respond to a quick 10 second anonymous survey, and make it count. We really want to hear your voice. Thank you!

13 thoughts on “The Bare Facts”